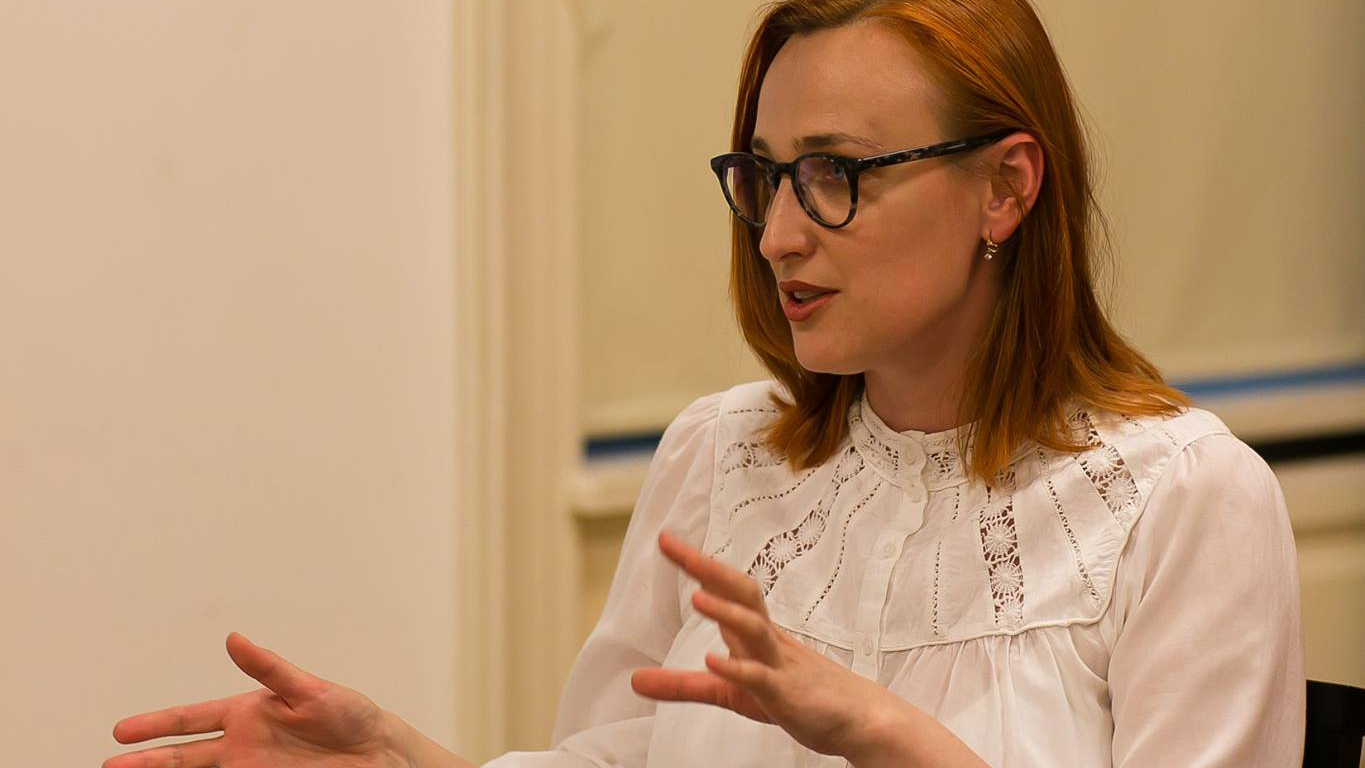 “Young people, travel if you can, and if you cannot – travel all the same” (Jules Verne: L’École des Robinsones, 1882)

Prof Dr Kateryna Dysa researches and teaches at the Mohyla Academy in Kyiv. Dr Kateryna Dysa’s dissertation at the Central European University (CEU) in Budapest represents the first comprehensive study on witch trials in Ukraine. Her forthcoming monograph “Witchcraft Trials and Beyond: in Volhynian, Podolian and Ruthenian Palatinates of the Polish-Lithuanian Commonwealth of the 17th –18th centuries” argues from an anthropological perspective that witchcraft in Ukraine manifested itself in mundane domestic magic and reflected the prevailing social tensions.

Kateryna Dysa has likewise charted new historiographical territory with her second book project on the history of sexuality in the urban centres of 18th-century Ukraine. Her analysis of the persecution practices of representatives of the Catholic and Orthodox churches places discourses about sexual practices and the body in a comparative European perspective.

Travellers’ accounts and travel guides about the city of Kyiv are the focus of Dr Kateryna Dysa’s current research project “Transformation of the Image of the City in Travel Literature: The Case of Kyiv from the Mid-19th to the Early 20th Century”. Labour migration, pilgrimages and secular tourism led to greater mobility in Tsarist Russia in the mid-19th century and gave rise to new literary forms such as travel guides and travel reports. As the centre of “ancient Rus”, Kyiv was at this time a well-known yet provincial pilgrimage destination for Orthodox believers. The city changed constantly under the influence of the travellers, emerging by the early 20th century as a dynamic, multi-ethnic and cosmopolitan centre. Dr Kateryna Dysa explores the constructions and transformations of the urban landscape of Kyiv from the perspective of a history of travel, making an important contribution to research on tourism and travel in Tsarist Russia.

In her course at the University of Basel titled “Describing Eastern Europe: The History of Travel Writing about the Region between the 16th and 20th Centuries”, she explores with students who the first travellers in Eastern Europe were, what they were hoping to achieve when they embarked on their journeys, and what tropes they reproduced or created about the historical regions of Poland, Russia and Ukraine. The emergence of travel literatureas a genre and its potential for understanding the modern age in Eastern Europe from a social and cultural theory perspective are the focus of the tutorial, which is open to students of history, Eastern European studies, European Global Studies, and literature.